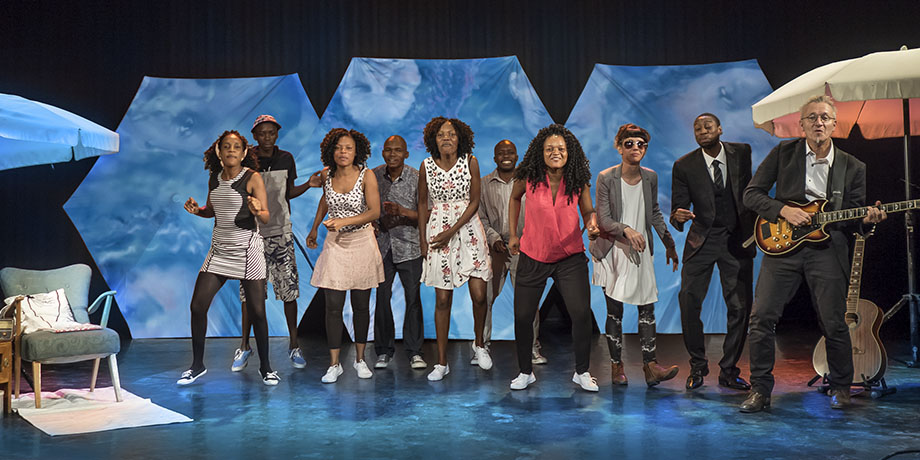 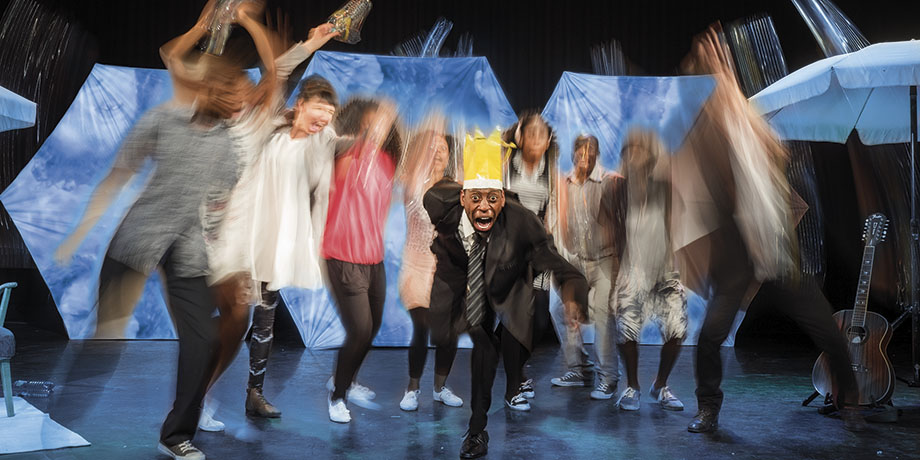 AMANZI – THE SPIRIT OF WATER

The true fairy tale of water Whose is it? And can you even own water? Fast-paced music, dance, film, puppet & acting A co-production with IyASA/ZIMBABWE.
AudioImages

In the extended version of AMANZI, the ThEATRO PICCOLO performs alongside the IyASA /ZIMBABWE Ensemble and addresses the topic’s power, common property and self-definition, all around water on stage, with dance numbers, songs and a lot of wit.
Because of the occupation of African drink water resources through European food companies this play is sadly very up to date.
In AMANZI acting and puppet theater is linked with movie projections, live music, African choir singing and dance numbers.
The content is transported on many levels and allows the audience different and individual accesses to the topic. A thrilling and amusing story by Ch. Picco Kellner (Austria) with music by Innocent N. Dube (Zimbabwe).
This play is also available in a smaller puppet theater version without IyASA.

A mother tells her child a story of injustice: Amanzi, the spirit of water and also the son of Umoya, the air, is cheated by the crocodile. Skillfully the animal, striving for power, manages to talk the humans into building a reservoir dam, to take the waters virtue. The crocodile promises wealth and prosperity – but it does not keep a single one of it’s promises. Eventually the water is being rationed, filled into plastic bottles, locked away and like that, sent over the whole world for huge amounts of money. But then a roar and a storm breaks loose! A fatal storm which concerns every single one of us!

For Kids over 6| Length: 55 Minutes | Available as audio drama CD with music

On request the play will be performed in a smaller version without IyASA.