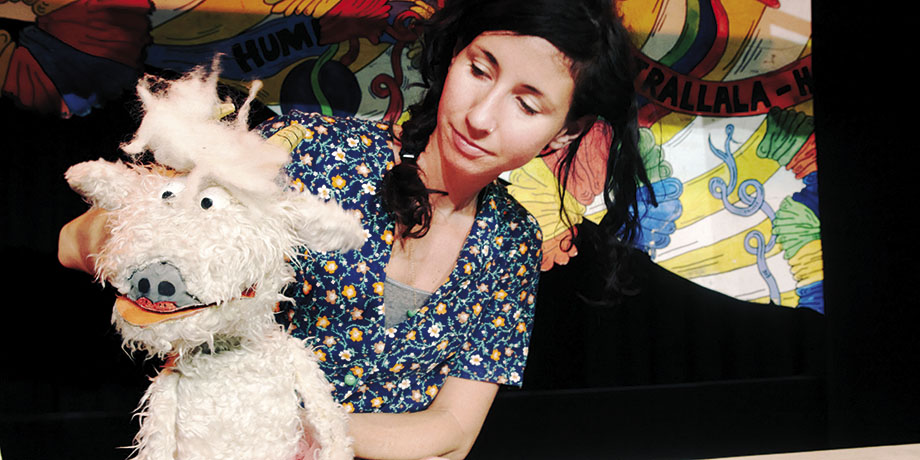 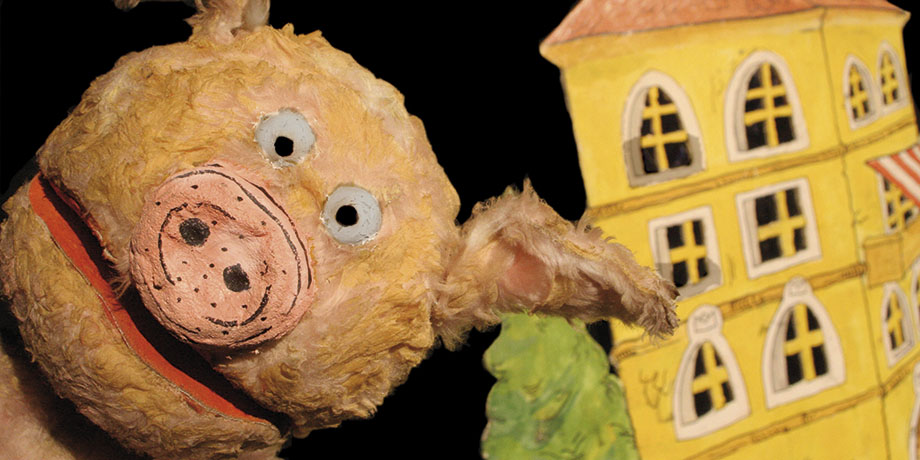 An animal show about prejudice and otherness. The petty bourgeois animals of the village encounter the stranger: the pineapple! Lots of humour, groovy music & lots of winking!
AudioImages

A play about prejudice and socializing with strangers. Despite serious background, staged with a lot of wit and a wink. It is going to be performed on three levels in which life-sized puppets, cheerful live music and original dialogues will appear in different sequences. Familiar catchphrases and comments from TV and media are being put into the mouths of a small narrow-minded animal community and demask prejudices of our society with a lot of humor.
As soon as the animals in the village see the fish for the first time, they start off right away.

Pig: „And he smells weird!“

Goat: „And he has scales! And he doesn’t have ears!“

Cow: „Without fur or ear, you have no business here!“

In the village of animals everything seems to be in perfect order. They have enough to eat, everybody has a nice cottage with a fridge inside and a bed to sleep in. Until one day, a stranger moves into the abandoned tower and odd things begin to happen. Because suddenly the pig is off his chump and the goat burns her horn. Even the chicken has to loose some feathers. And why are the donkey and the cow fighting so often now? And is there less water in the stream than there used to be? Additionally, the weather has changed. – And if there is no explanation for any of this, only one thing seems possible: The stranger must have something to do with it! Someone like nobody has seen before. A fish named Ananas! Ananas like Bananas!

For Kids over 4 | Length: 55 Minutes | Available as audio drama CD with music & as book

On request the play will be performed in an extended version with live music.