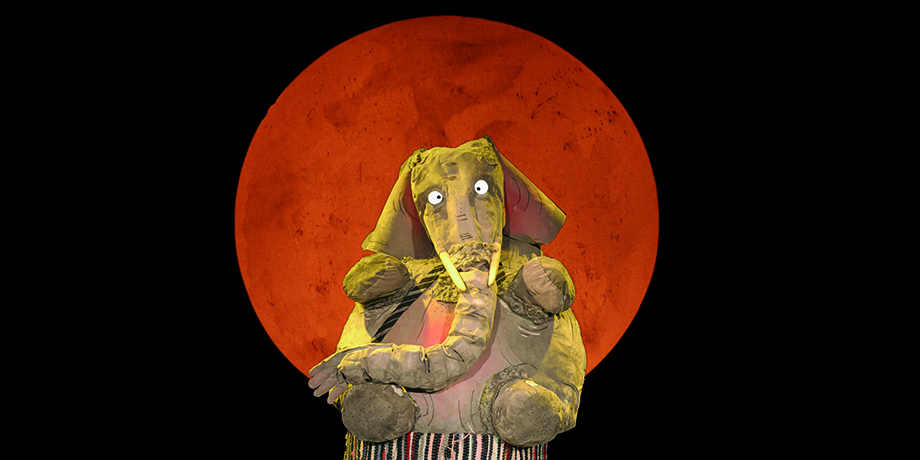 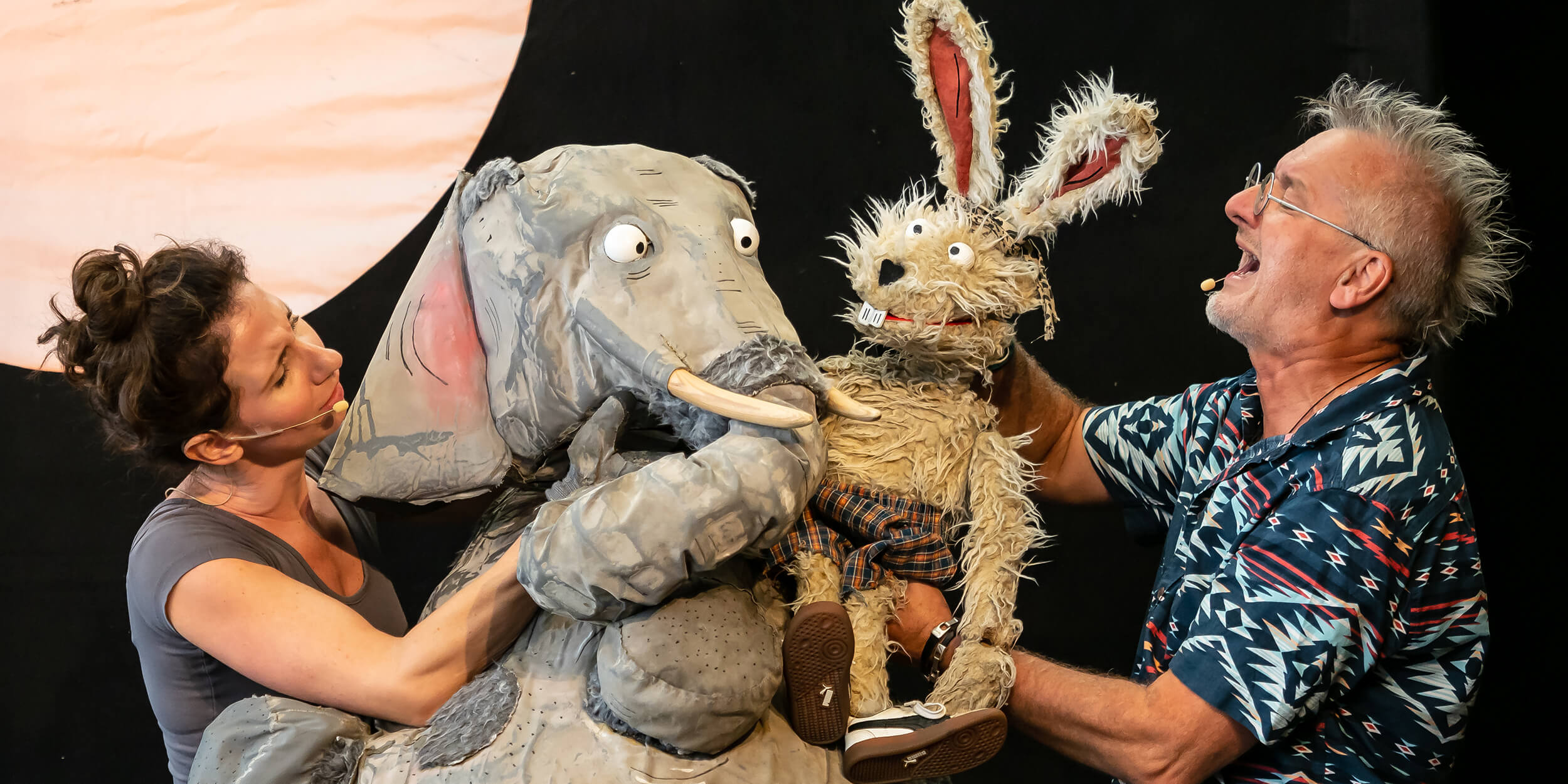 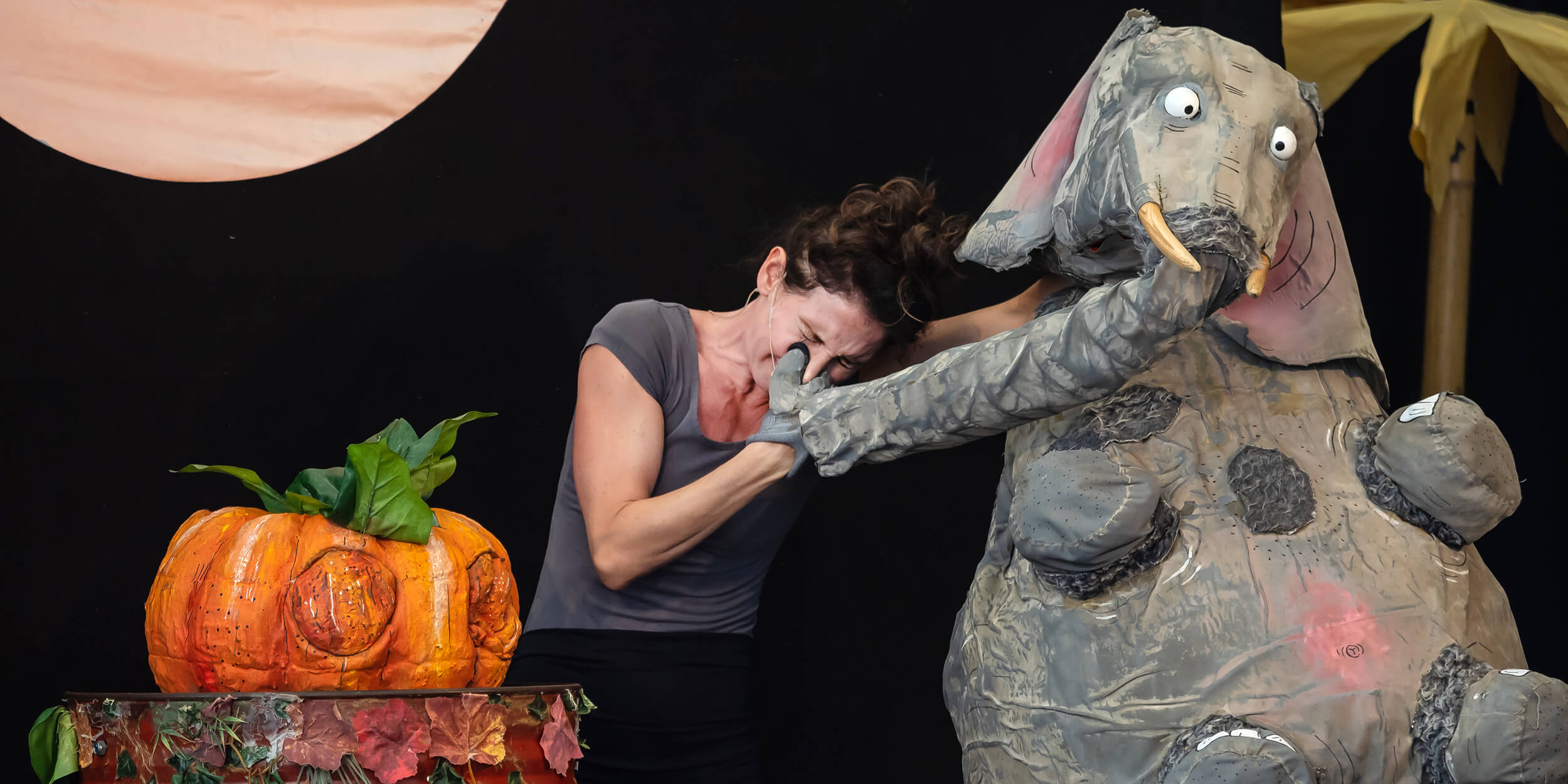 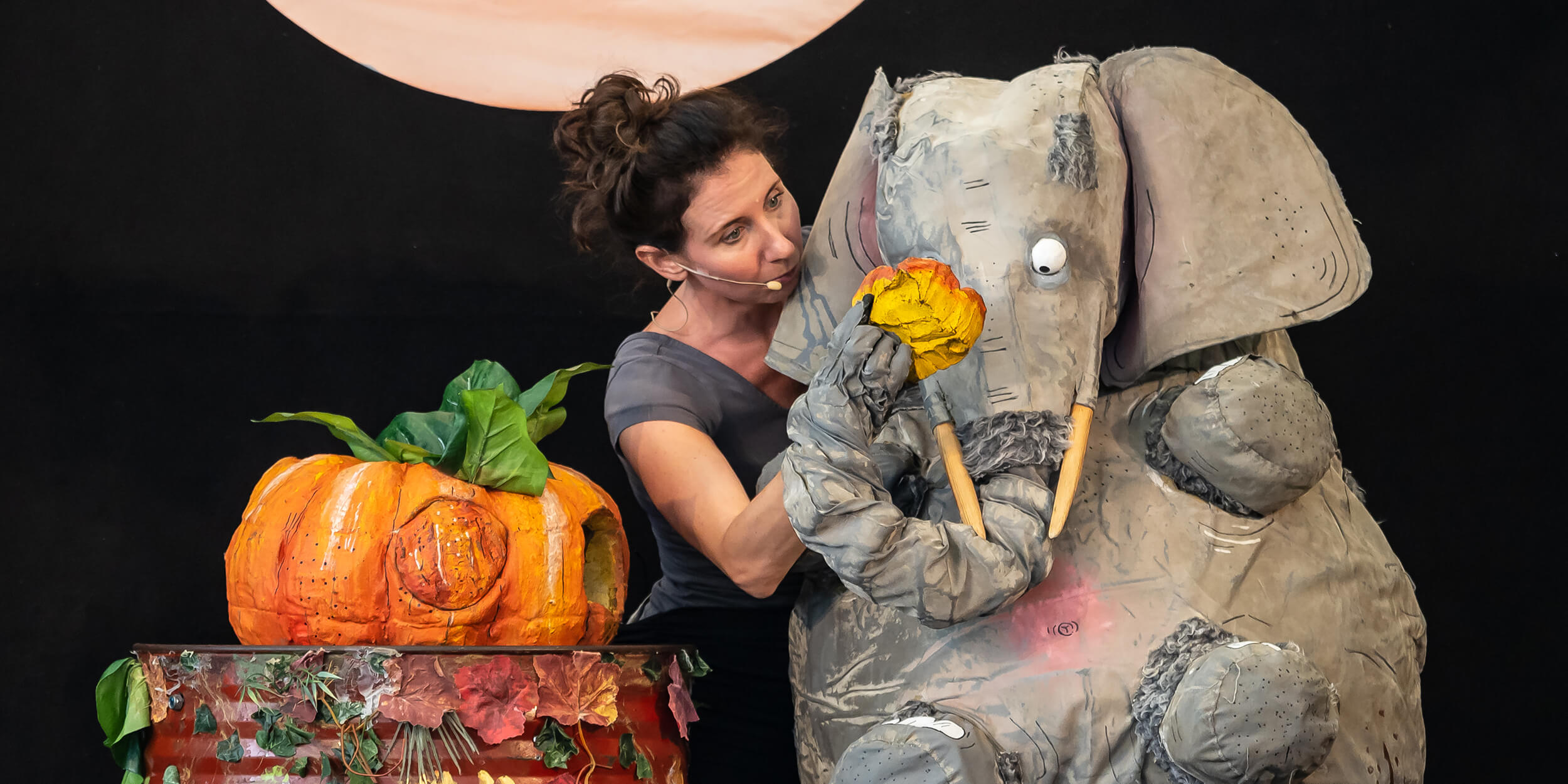 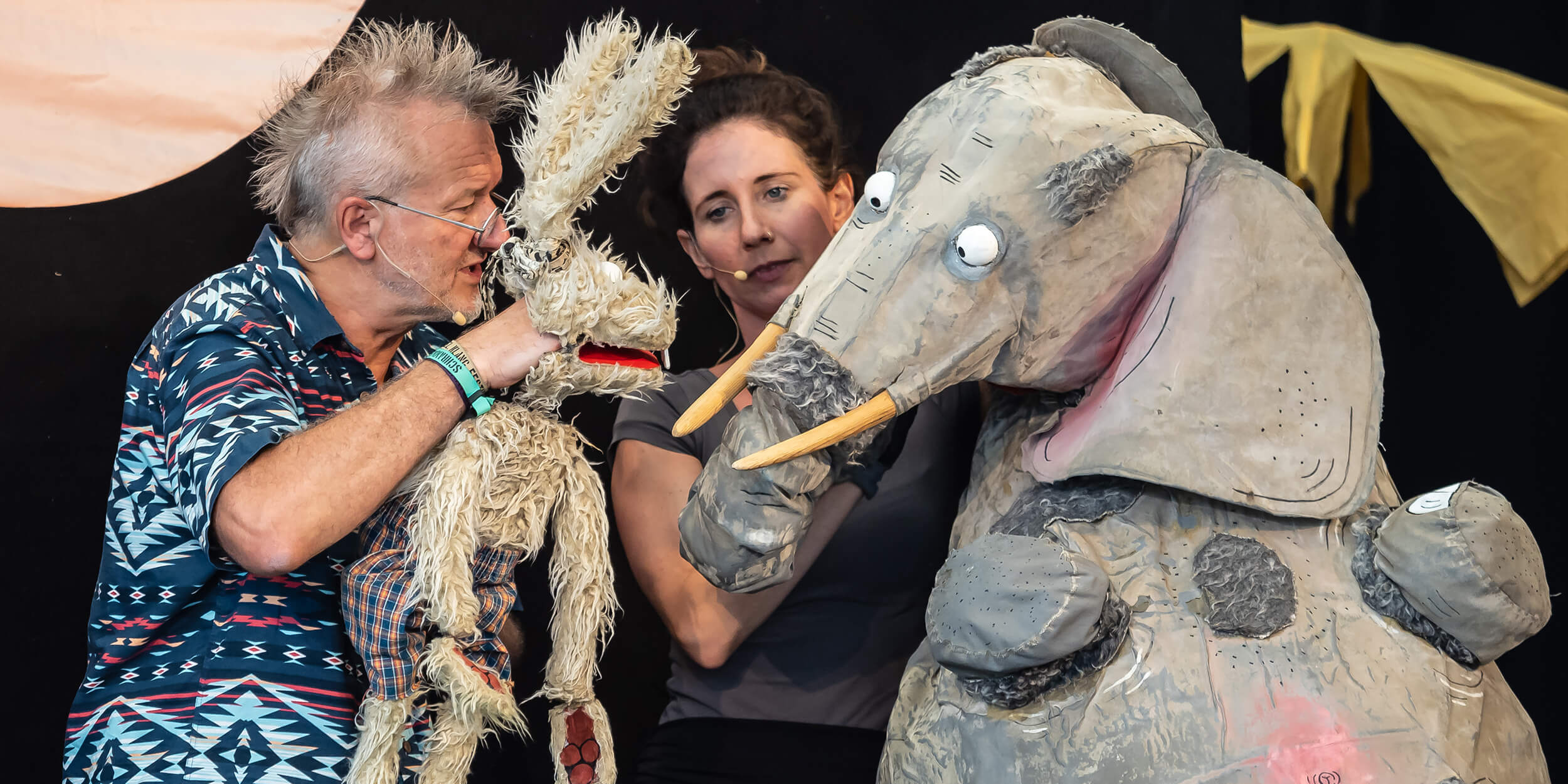 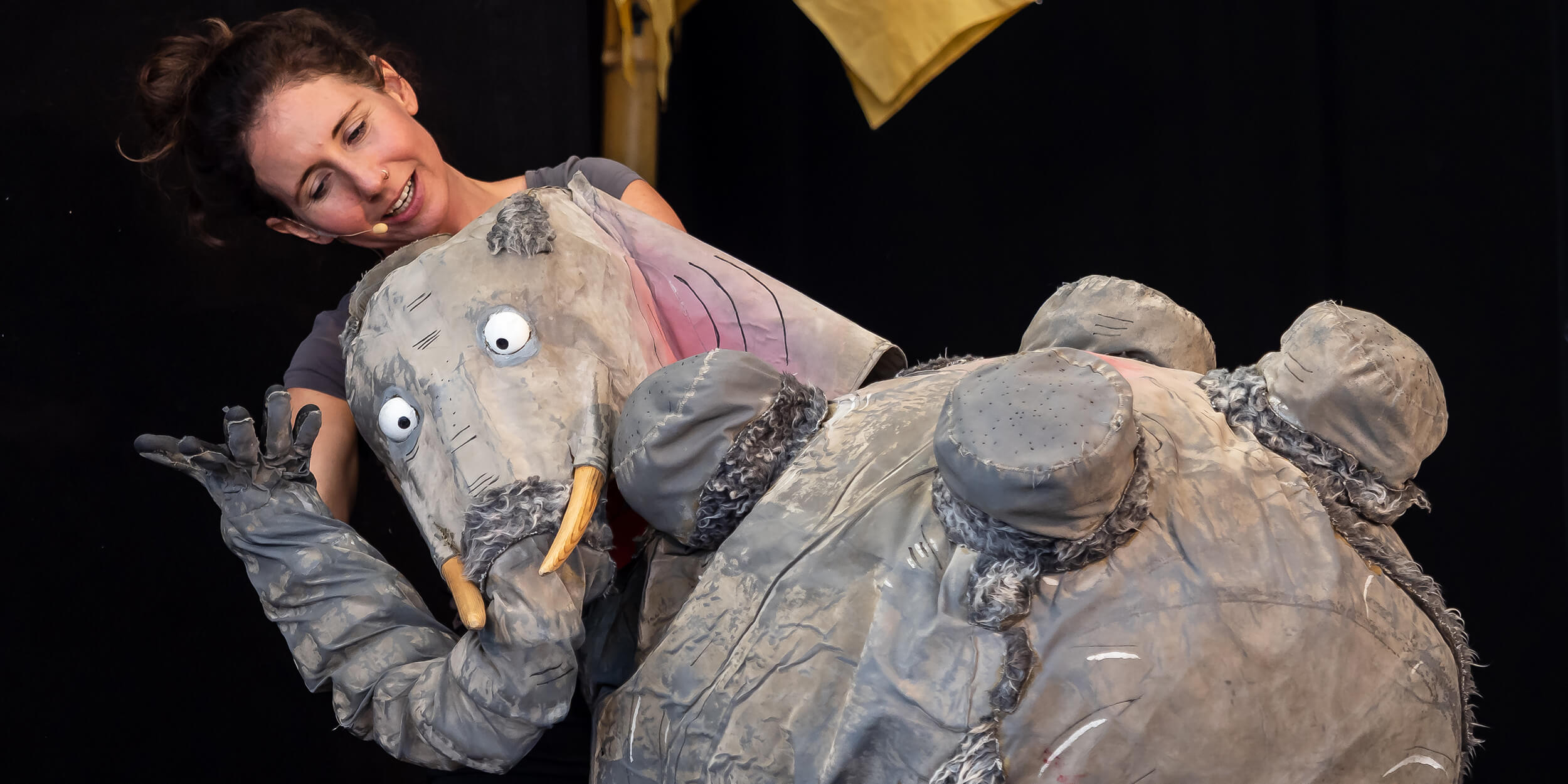 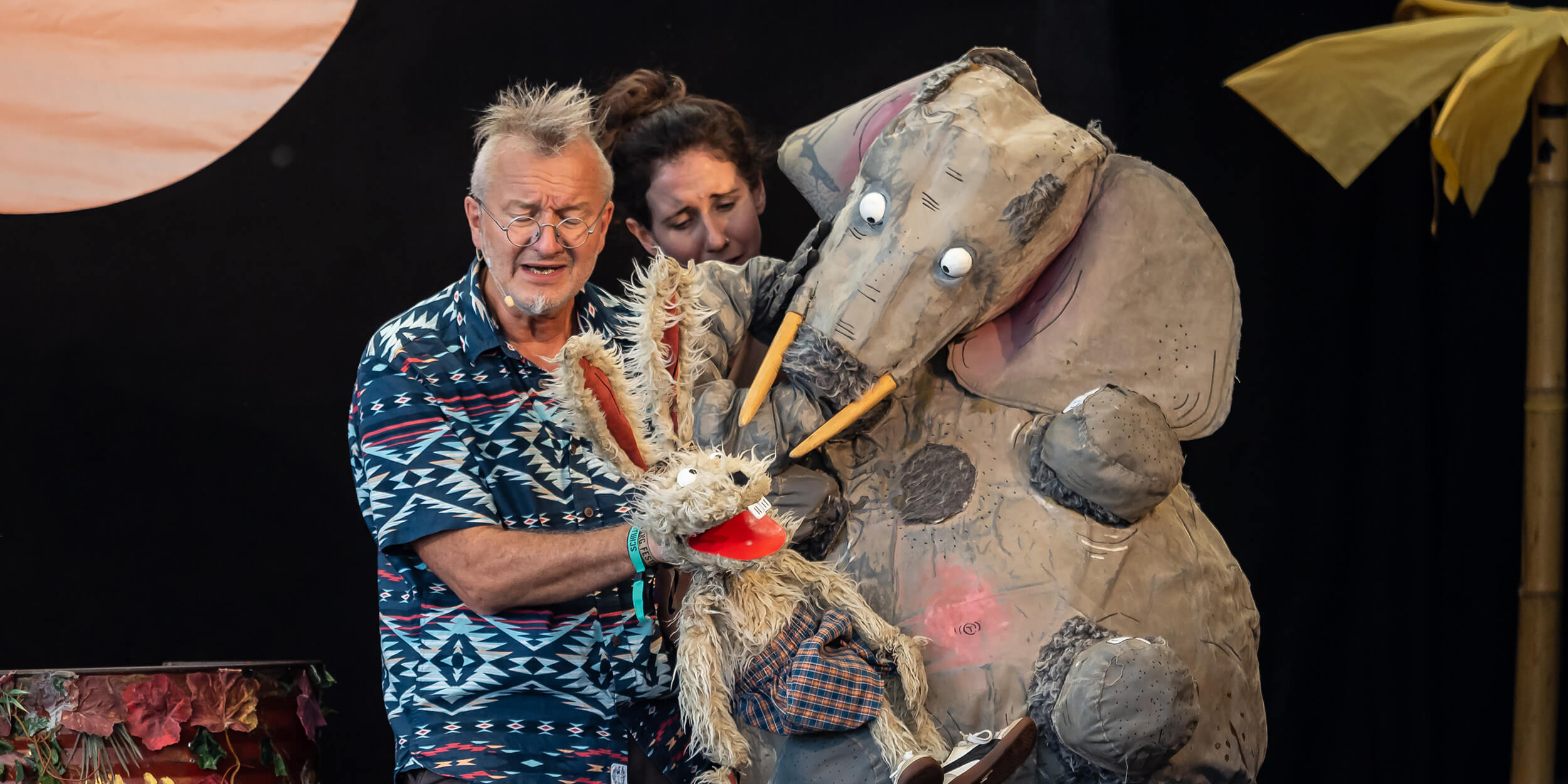 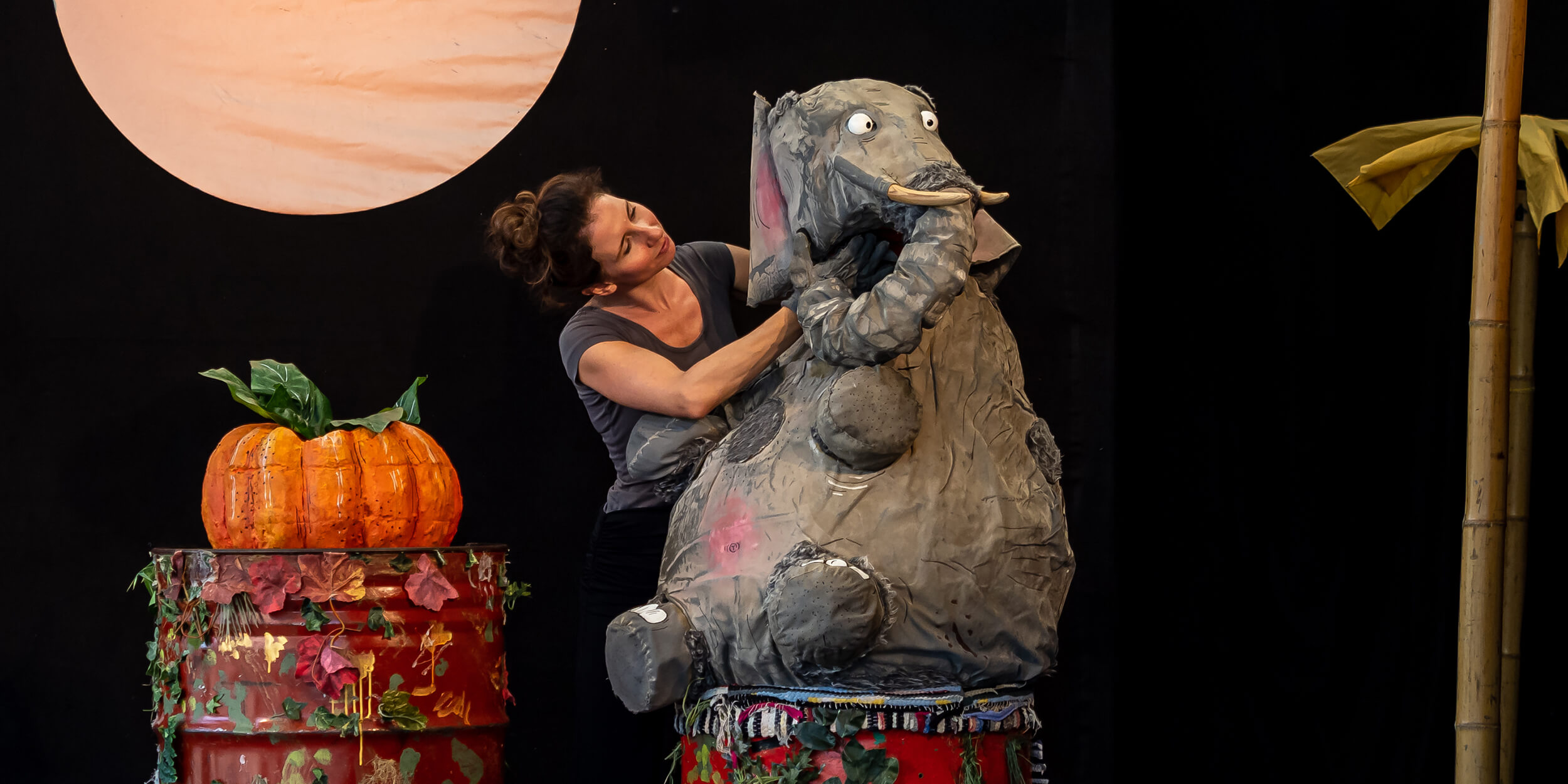 The African fairy tale of the hare and the elephant about justice and greed. A colourful and varied mixture of acting, shadow play, puppet theatre and music from Africa.
AudioVideoImages

In this old, African Tale ThEATRO PICCOLO presents a colorful and varying mixture of acting, shadow play, puppet theater and music from Africa. With humorous dialogues and stirring songs the story of a friendship is told. A friendship that faces a great test.

The story deals with the Elephant and the Rabbit, who order a pumpkin patch together. The Rabbit’s pumpkins are juicier, more orange and bigger – which awakens the envy of the elephant. When some of the Rabbit’s pumpkins start to disappear in strange ways, he wants to find the thief and hides inside a big fruit during a bright moonlit night. Soon thereafter he is being swallowed by the Elephant, who now hears the voice of the Rabbit in his stomach, complaining loudly in there. Eventually, the Elephant believes the moon itself is talking to him with the voice of his own bad conscience. Because living with a bad conscience is like living with the moon. Wherever we go, we can’t escape either of them.

For kids over 4 | Length: 60 Minutes | Available as audio drama CD with music

This play is also available in an extended version with the African group IYASA which sings, dances and acts together with the Austrian ensemble.